The Old Man and The Sea: Amadou's Story
​Saint-Louis 2013 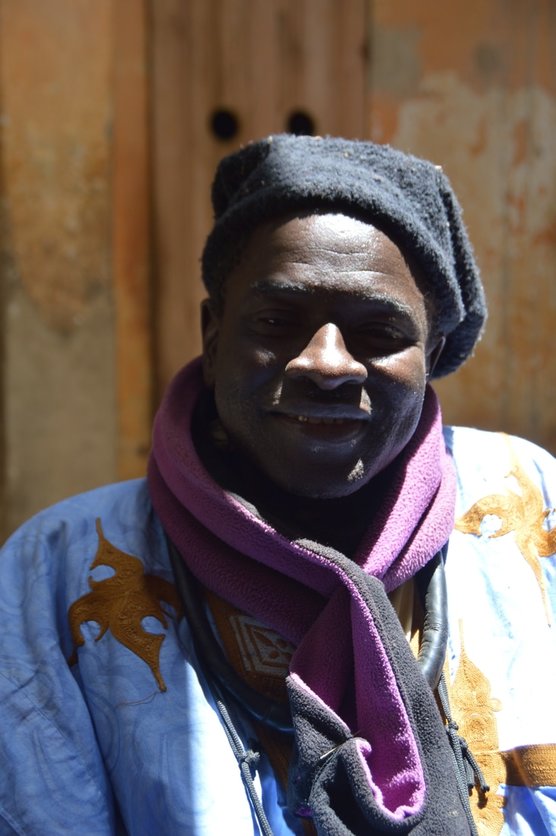 Everyday he sat and watched the river. It was calm there. Peaceful. Far from the streets and the bustle of people.

Amadou was fifty-eight years old. That’s an old man here, he said. He had two wives…well, he had three but he was separated from the third and did not like to speak of her.

He had spent most of his adult life on the seas working endless hours on fish processing vessels; the huge floating factories which never docked. Steel islands adrift in the ocean. Fishing boats pulled up along side and unloaded their catch which were then processed and packed by the armies of workers. The aroma of blood and guts and steam and sweat clogged the air, choking the senses. The sacrifice of so much time spent far from land had its rewards; a pension that was generous by Senegalese standards. It allowed him to live well even with his two wives and several children to support.

Despite affording a comfortable retirement, Amadou spent little time at home. It was always so crowded with people, filled with noise. Oppressive. Much like the factory ships except it was static and still. Even after several years away from the sea, he missed its sway, its rhythm. The ground felt heavy, too solid under his feet. All those years toiling, yearning for terra firma, craving it with every fibre of his being, but now - he felt out of place on land…a fish out of water.

People sometimes stopped and spoke to him as he sat in the shade of the wall, staring out across the water. He was well known and respected. He replied to their greetings, always pleasant and polite. But their intrusions irritated him, distracted him from his thoughts. He never spoke the words but he wished them gone. He was happiest alone...although he was never truly alone; his memories and the ghosts of his long lost dreams kept him company. The island was naturally loud - silence was a bliss rarely encountered. But this little part of it, hidden on a lonely street running alone the river, had a curious tranquility; few cars or people passed by and the sounds of the bustling main streets seemed light years away.

He had had a dream once, a long held one from back in the mists of his boyhood. He would buy a boat. Not a fishing boat like the men had around here, but a boat he would live on as he sailed the oceans. He dreamed of faraway places he had only glimpsed from far out to sea. Of sandy beaches and freshly caught fish grilled over driftwood fires. Of being free. Many here envied him; he has rich in their eyes as well as having two fine wives and many wonderful children. Was his daughter not studying to be a doctor in Dakar? But, although he knew that he was a lucky man, he did not feel blessed nor happy; he felt trapped, trapped by the land, trapped by his responsibilities. In his dream he was free, sailing the seas; no wives nagging, no children fighting and clamouring for his attention.

He had been young when he had left Senegal to work at sea. He had dreamed of working on a fishing boat, like his father. He had gone to Spain and learned how to be a sailor. Spain was a shock to him. It felt old, as if history dripped from every leaf of every tree which lined the wide streets. The buildings loomed large and imposing, their windows reflecting the Mediterranean sun and the clear blue skies. He loved the melodic sound of the language, so similar to the familiar French of his home yet somehow more vibrant and alive. ​He would go back one day. When he had his boat. He would sail the coast and fish and watch the sun rise and set.

​But for now he was here, watching the Senegal River and trying to keep his dreams at bay, lest they consume him.