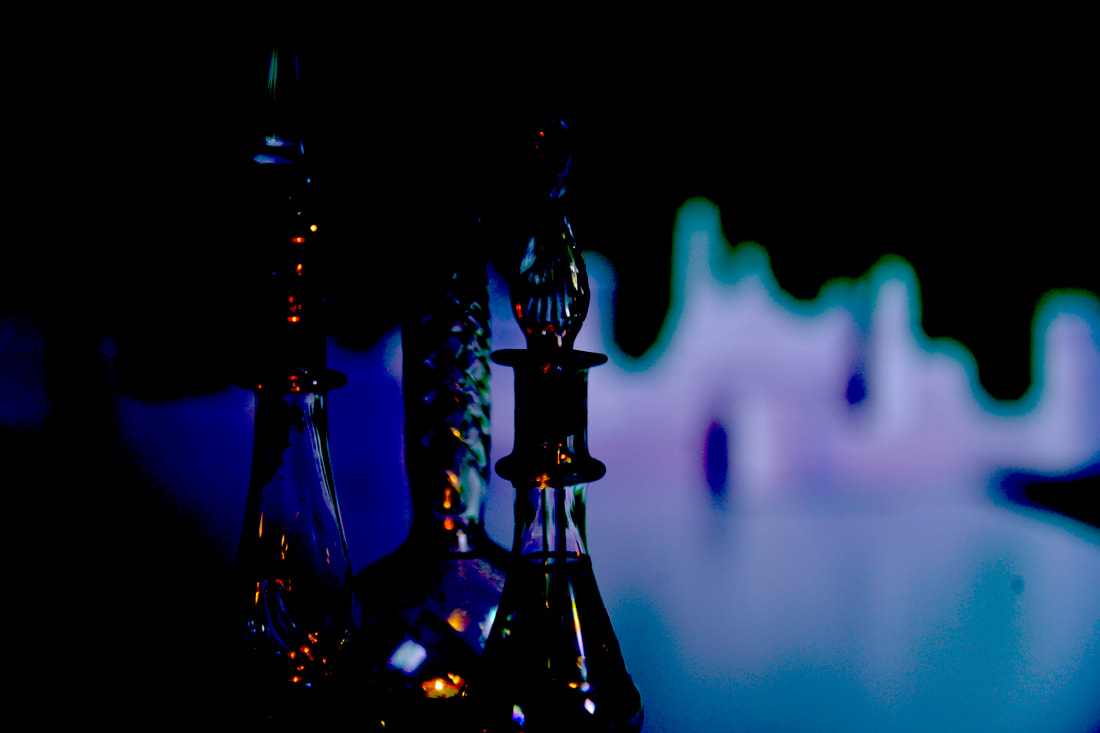 a journey into the dark side of story

A man walked into a bar…


…and thus do numerous versions of jokes begin. Jokes are, of course, merely stories; short comedic episodes and, like all stories, they are rooted in specific cultural constructs which vary throughout time and space. This project is about these journeys across cultural borders and how, if we look, we can see the threads of commonality weaving them together. And what better genre to use as our reference than horror, as the desire to be frightened is as old and as innate as humanity itself. At the core of the tale of terror is the unseen forces of darkness - be they ghosts, or vampires, or ghouls. All of these have their roots in far older constructs which we have chosen to illustrate using the Arabic jinn - or “demon.


In keeping with original starting concept - A man walked into a bar… - it seemed fitting to place the narrative within a “bar”, although not in a literal sense. The bar in many parts of the Western world represents a social hub, a place where people gather and socialise. It could easily be a tea shop, or a coffee house, or a place under a large tree; it symbolises the idea of a particular space. The idea of “palace” instead of the more mundane and usual “bar” is deliberate. Victorian gin palaces were vast and opulent establishments, temples dedicated to luxury and excess, and they conjure up the notion of spaces which exist in story; halls of coldly beautiful marble echoing with the footsteps of merchants and kings, and of demons and magic. The space where the stories were told needed to reach beyond the humdrum into the realm of enchantment. The Jinn Palace is a place where magic happens. Behind the bar are rows of intricate brass bottles, each containing a jinn which has been imprisoned in a tomb of brass by magic. As each  “drink” is poured, and a jinn released, a story ensues.

The project is envisioned as a performance piece, hopefully in a community setting with amateur performers.